28.1.2021
More than a half of the 50 most polluted cities in Europe are situated in Poland. The city of Ostróda is located in the northern part of Poland and it has approximately 35,000 inhabitants. It is surrounded by a natural park and is smoothly connected to an adjacent lake. Because of this, nature is an integral part of the city. A project has been underway in the town of Ostróda for several years, the aim of which is to make the city‘s energy needs more efficient and reduce pollutant emissions. A part of this project was also the renovation of the central heating system of the city. 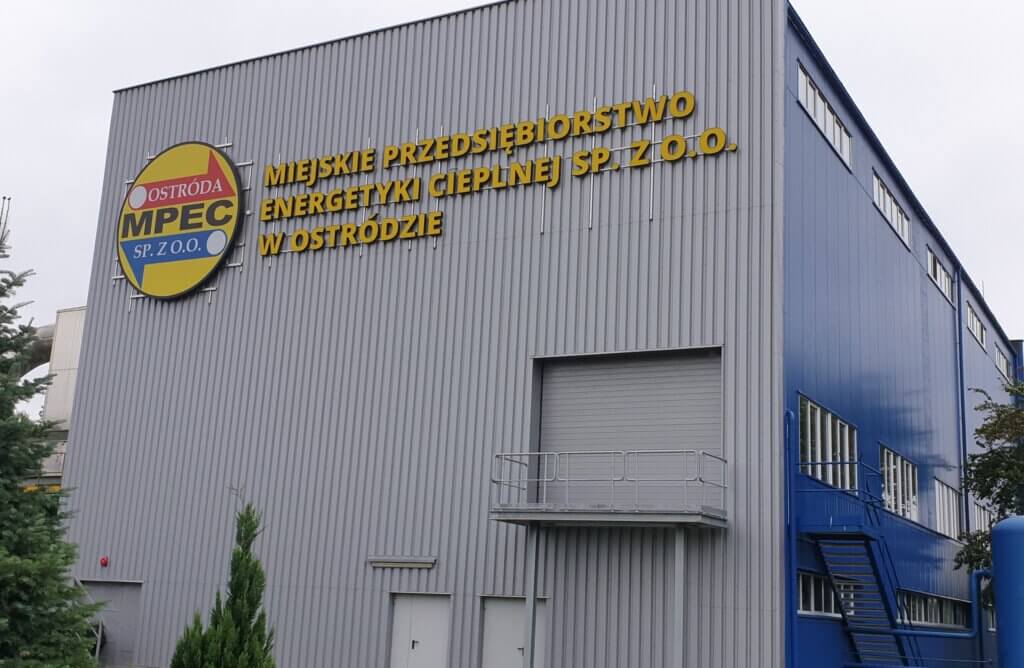 The aim of the renovation was to improve the energy efficiency of the city boiler house. This boiler house supplies heat for the municipal central heating network. The cogeneration was intended to replace some of the older energy sources, predominantly coal furnaces, and further reduce operational costs. The boiler house was also equipped with a new exhaust gas de-dusting system and a 75m-high chimney which helped make its impact on the nearby environment as non-invasive as possible. The total installed boiler house output is 51MW. The operator of MPEC Ostróda Sp. z o.o. (Municipal Heat Energy Company) promised mainly to reduce CO2 emissions. It was expected that the emissions would go down by as much as 38 tons of CO2 per year due to the complete system renovation. An overall increase in the system efficiency and capacity would be accomplished as well.

“We want to recommend TEDOM Poland Sp. z o.o. as a reliable supplier and contractor. The project was completed professionally, on time, and in accordance with the construction designs and the expectations of the investor.” Włodzimierz Brodiuk, Chairman of the Board of MPEC Ostróda

Two TEDOM Quanto 2000 CHP natural gas units were installed in 2018. The delivery also included two economizers which increased the total efficiency of the CHP unit by additional utilization of the energy from exhaust gases. The scope of the whole contract that was installed in situ by our long-term Polish partner, TOP CONSTRUCTION SP. K., namely included the construction of a separate building and the installation of 2 CHP units with a heat output of 4.3 MW coupled with the necessary infrastructure:

The cogeneration is set for continuous operation. During the summer, when the heating requirements are lower, it is able to cover all the needs for heat of the city. Since 2018, the first TEDOM CHP unit has been in operation for a total period of 13,588 hours and it has produced 24,744,865 kWh of electrical energy; The second CHP unit has been in operation for a total of 13,618 hours which equates to 24,990,834 kWh. As compared with the usual separated method of producing power and heat, one CHP unit has reduced 13.5 tons of CO2 in a year. Thus, both the TEDOM CHP units have reduced a total of 40 tons CO2 after 1.5 years of their operation.

In the field of CHS systems, TEDOM supplied their CHP units to more than 500 projects in 15 countries worldwide. For the needs of central heating, TEDOM CHP units were then installed directly in Poland in further cities such as, for example, Warsaw, Wojkowice, Blonie or Jelenia Gora.